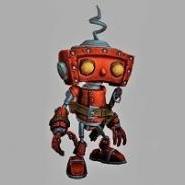 Daleks & Monsters of Dr Who